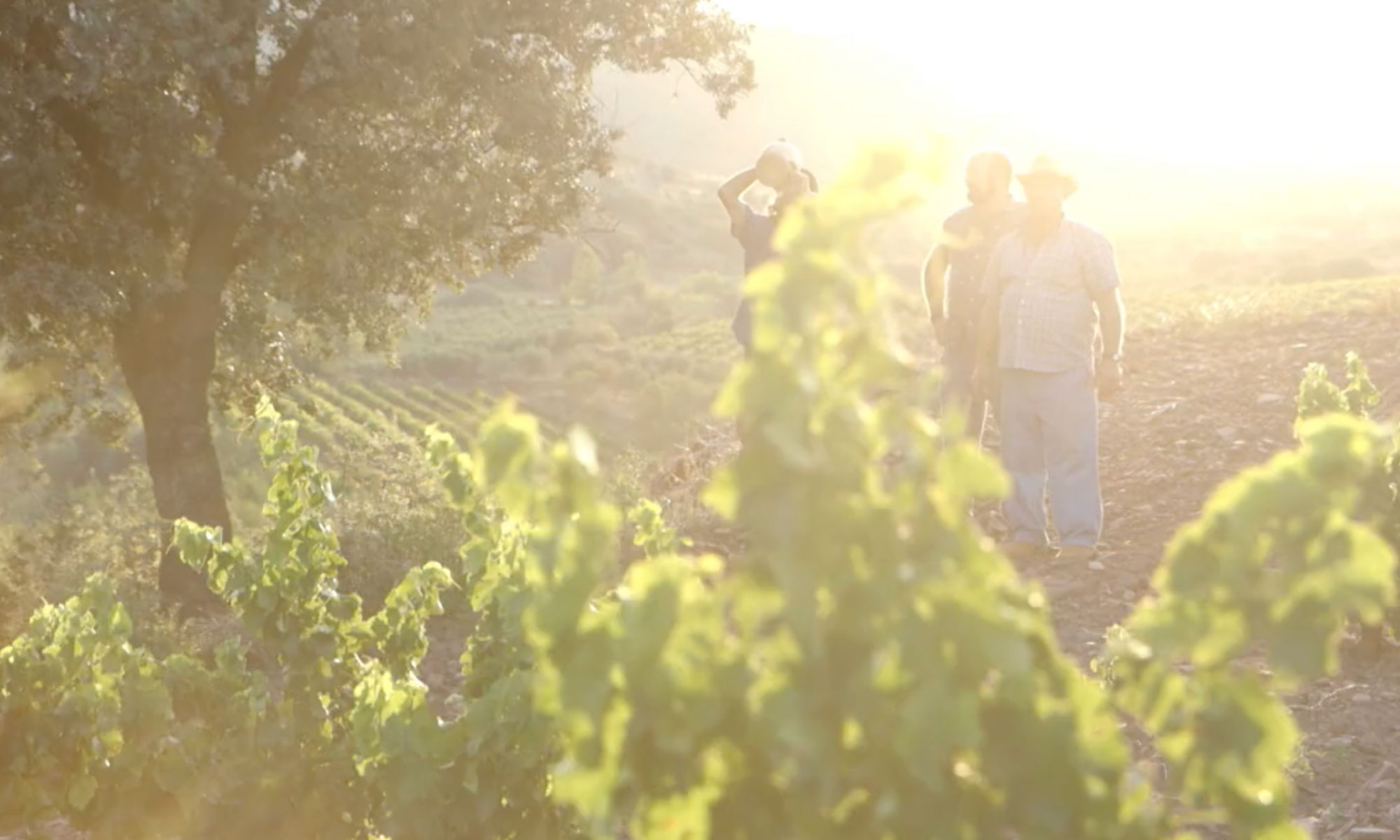 The Aragonese areas of Borja and Calatayud share common denominators: The Ebro River, and Grenache, a variety that has adapted to withstand the constant and tough Cierzo wind.

In Navarre, the Way of St. James makes the region the obvious path between Bordeaux and La Rioja, but today it prospers with wines with their own personality.

In the southeastern Spain, we find contrasts in neighboring valleys: from the arid plains of Jumilla to the humid Mediterranean breezes in Valencia.

Finally, in Lanzarote, vines grow in extreme conditions: lava, volcanic dust and drying trade winds, which not only helped sailors discover the New World, but showed us the direction for our next season.

Episode 1. Wines from Navarre
Located between Bordeaux and Rioja, the identity of Navarre’s wines has always been a threat. We explore its history and traditions along sections of the Way of St. James, enjoying the world-famous festival, San Fermín.
In one of the temples of Navarre’s gastronomy, we see how locals experiment with its traditional dishes and the growing treasure of wines.
There is nothing better than to explore its mountains and valleys, and we delve into the different landscapes to better understand their different styles of wine, and why locals smoke their traditional cheeses.
We are honoured that a living legend of one of their most traditional sports, «Harrijasotzaile,» or stonelifter, Iñaki Perurena explains the evolution and richness of the way of life in Navarre.
Today Navarrese not only work on recovering the identity of their wines, but also thanks to a wise mix of tradition and innovation, we have to be prepared for great surprises. The future is here.

Episode 2. Wines of Aragon I: Campo de Borja and Calatayud
We see first-hand the artisan work of a whole family dedicated 100% to their vineyards and wineries; entering in the depths of centuries-old caves, which were recovered in their hometown of Tabuenca. We follow one member of the family, David, to Sicily, where he also makes wines just as his ancestors did during the reign of the Kingdom of Aragon. We visit one of the most modern wineries in Campo de Borja, and there we learn the origin of the House of Borgia and appreciate its historical importance.
This land must have something special to attract an authority in international wines, who has worked on several continents and has settled in Calatayud. Norrel Robertson, the «Flying Scotsman,» shows us how to fall in love with some old Grenaches this land produces. If it weren’t for people like him today the old vines would have been ripped up. In Calatayud we dared ask for Dolores, and suffered the consequences.

Episode 3. High Plain Wines: Jumilla and Valencia
In this episode I want to show you the place where I work, Jumilla.
Around the world there is a series of «winemaking miracles,» for me one of them is the Monastrell variety’s capacity to survive Jumilla’s hot, dry climate. We shouldn’t forget that until recently in Spain irrigation in vineyards was banned. We will learn how to recognize Monastrell in the field.
We visit two Jumillas, one of dry land, and the other with an abundance of groundwater. We also visit Valencia, which is not as dry thanks to the Mediterranean breezes. Varieties such as Tempranillo, which needs to be irrigated in Jumilla, is fine in Valencia. The coast is about 50 kilometers away, and there we will find other crops like oranges, but that’s another story.
We learn about the riches of the High Plains in the best possible way, by tasting its wines and its wonderful local cuisine.

In this episode we discover the border regions laden with history. We go back to the times of the Roman Empire and its longest road, Via Augusta. The area later becomes the border between Moors and Christians and then divides Castile and the Kingdom of Valencia.
To better understand the region’s history, we visit some of its castles that defended its changing borders, accompanied by an historian and his wife, who have recovered an almost lost tradition, the making of wine for personal consumption.
We learn that borders not only divide history, but also language, climate and even culture, so much so that we try dishes that are set apart by the fuel used in its cooking, like rice and gazpacho, but not the Andalusian version, the one from the High Plains. We visit a Valencian family winery that has recovered both local varieties and the wine making technique in earthenware vats, just as the Romans. The Region of Valencia is also known for another tradition: fireworks. In short this episode is complete madness.

Episode 5. Lanzarote, Volcano Wines
It is difficult to travel around the island in as many ways as we have done: in a four-wheel drive, on foot, on camel, with drones and even under water.
We see how volcanic activity can be the end and the origin of life. Thanks to volcanic ash eruptions it has been possible to cultivate grapevines in a desert.
We see some of the oldest vines on Earth, as old as its “denominación de origen” classification system, or 200 years old. We enjoy tasting wines under water, Wineman’s word of honour.
The Canary Islands was the obligatory port of call for navigators and explorers, becoming a veritable melting pot between Europe and the Americas. As an example: its famous «papas arrugás» potatoes and its music, forged by people who went in search of adventure and were lost on the ocean’s horizon.
Lanzarote is the last episode of the series and point of contact with Season 3, during which will visit places as far and wide in the New World such as Chile, Argentina and California, to where grapevines were taken by Spanish conquistadors and missionaries from the Canary Islands.